But let’s do portraits with it.

I took a photography class this past semester to better my skills and also because I figured it would be an easy A. I am always striving to learn more, to do more and one assignment in particular blew me away. Early in the semester, each of us had to shoot some basic photos to show that we knew how to take short and large depth of field photos, and fast and long exposure photos. Of course, two of my favorite types of photos are portraits and sunsets, so I found this very fun. I’d shot long exposure before but I wanted to make it more interesting – specifically, I wanted to do a portrait.

One of the best. 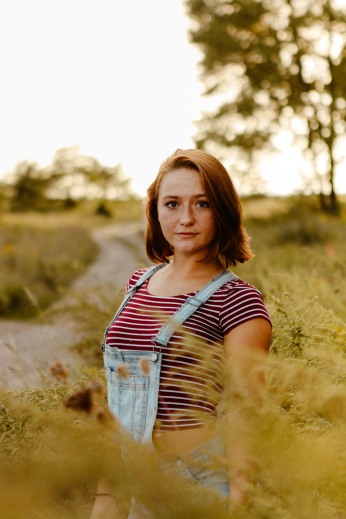 I shot with my friend Kaila down at Outer Harbor, right on the edge of Lake Erie. We captured some simple portraits at first, doing what I do best. The light was simply perfect – golden hour is easily the best time to shoot on a late summer day. I improvised a little bit and used a leaf to create a “sun” flare, as seen in some of these photos. It adds a little extra flare (haha) and makes the shot more solid. 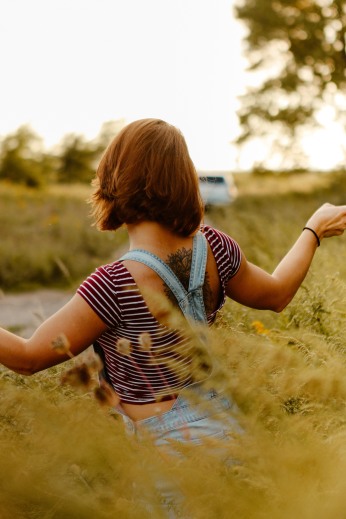 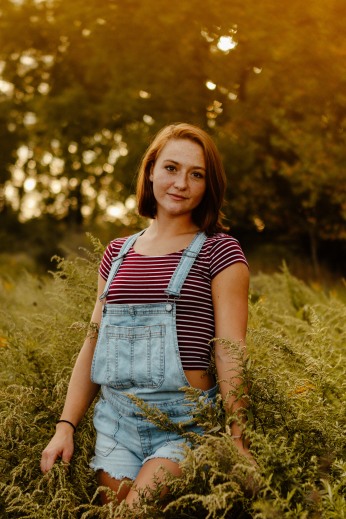 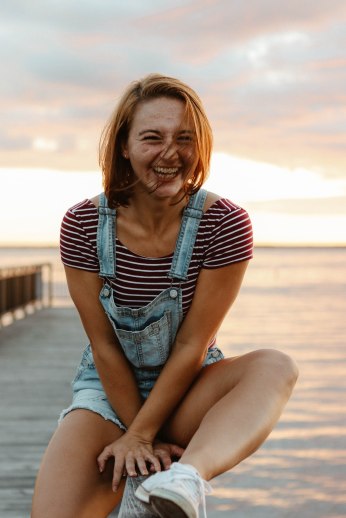 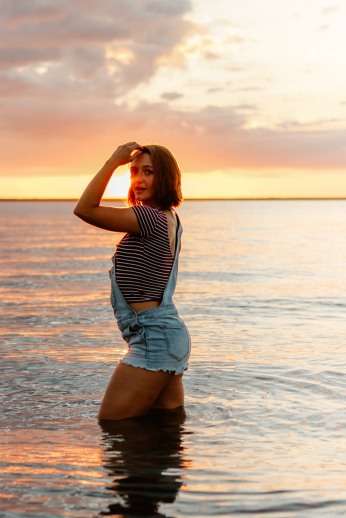 We made it down to the water, and I told her the idea I had for the shot. It was a warm day. My vision was her in the water, creating a silhouette in front of the setting sun. The sun was setting and we had already gone into the water to get some interesting shots. I set up my camera on my tripod, framing it just right. It would be difficult, but we both wanted to make it happen. And so shooting began. 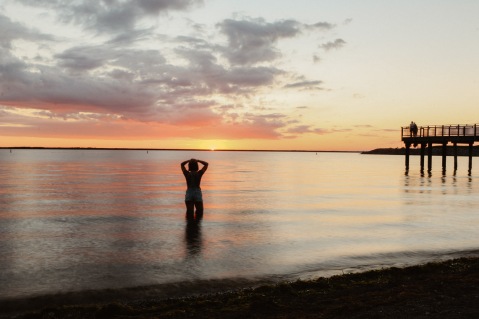 We balked at first, capturing some false positive successful shots. I kept asking her if she had anywhere to be on this mid-September night and she insisted she didn’t, so we stayed and kept shooting. 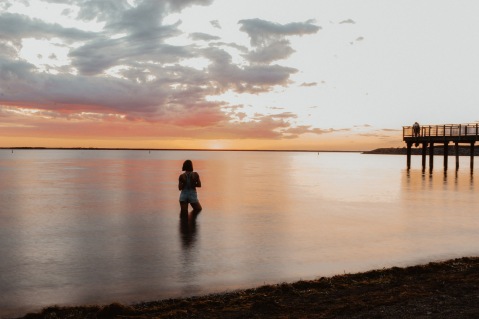 It’s a long process – I initially kept the shutter open for only a few seconds or shorter, as is typical with waterfall shots. I wanted to get a 20 second, or even a 30 second shot, but I didn’t want to stress Kaila out with standing still for 20 straight seconds – it’s harder than it looks, especially with moving water.

But, then came the shot. The sun had set over the horizon and it was finally dark enough to open the shutter for 30 seconds. I clicked it, and the shutter began…1…2…3…I counted the whole way, praying that Kaila wouldn’t move. I didn’t make any movements, paranoid that I would accidentally hit the tripod and ruin the shot. 15…16…17…wow, 30 seconds is a long time when you’re trying to capture a photo. 22…23…24…almost there, just please be still Kaila, please, please OKAY 30. Let’s see it. 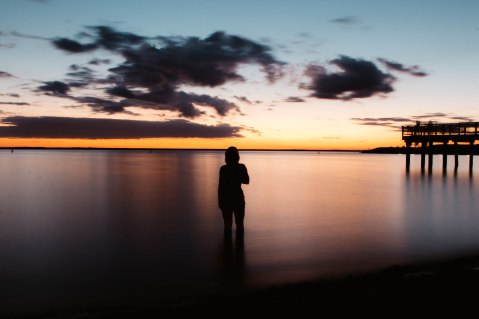 I had always known patience was a virtue. I don’t think I’ve ever understood it as well as I had in this moment, but I won’ t ever forget it now. After we got the shot, we ended up talking on the beach for a very, very long time, mainly sharing personal life stories. Perhaps the success of the shot captured had put us at ease, or maybe we wanted to be lazy before the semester picked up steam. But whatever the reason, it was a good night.

Next blog: Quick trip to Canada.