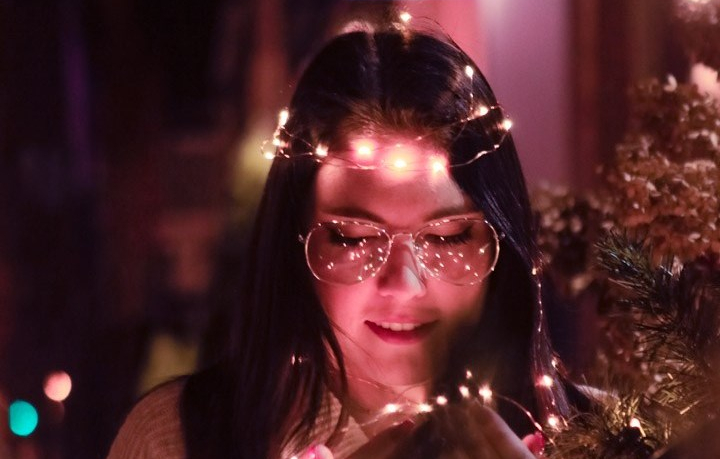 All y’all have seen one night shoot already – for the entire month of November, I wanted to get better at night shooting, so I planned all of them to start past 5 p.m. This was one of those occasions and was quick to become pretty sweet. 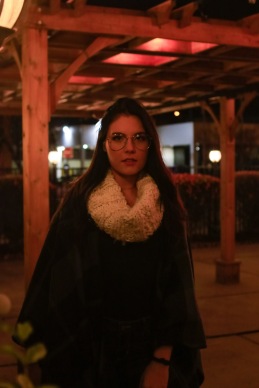 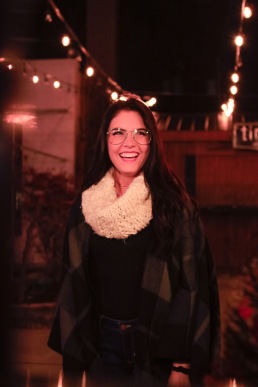 See, it’s all about the fun. If you’re not having fun, you’re doing it wrong. Katie took about five years to find a parking spot even though we passed probably 800 empty spots. I kept telling her to park but she would say, “Oops, passed it!” and I’m going “Oh my gosh, we’re never going to park.” We FINALLY found a spot to park, nonetheless about 431 miles from where I wanted to be, but we made it work. 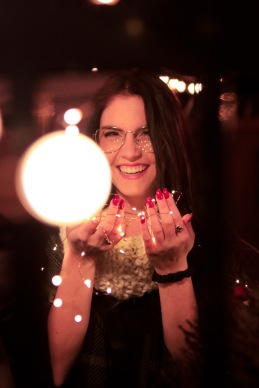 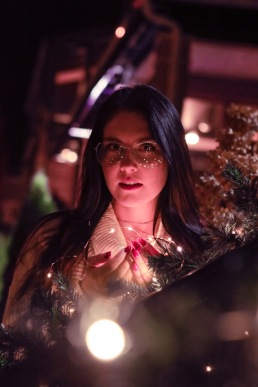 Create your own light.

It was actually freezing cold but since we’re heroes, we decided to walk up Elmwood Ave. If Instagram was a place in Buffalo, NY, Main Street would be Elmwood. It’s quite the place. I think we actually parked in one of the farthest spots from where I wanted to be but the walk was enjoyable. We bantered back and forth about probably everything under the moon. See what I did there? Ah, I’m hilarious. 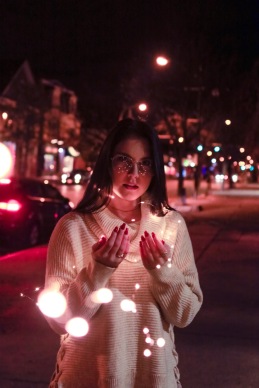 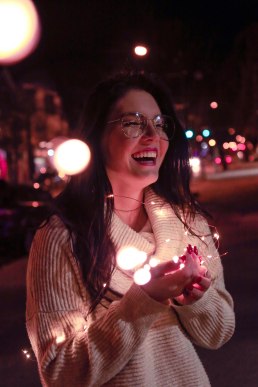 Do you like bokeh as much as I do?

I had just used fairy lights for the first time a couple weeks prior and decided to order my own because they’re a super fun way to spice up some photos. Admittedly, she got quite tangled in them and since they were so difficult to take off and put on again, she decided to keep them on and walked around like a Christmas tree. 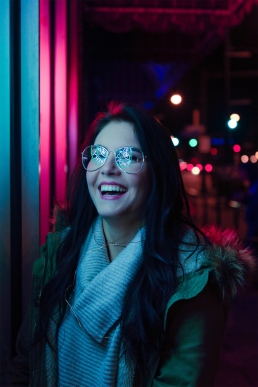 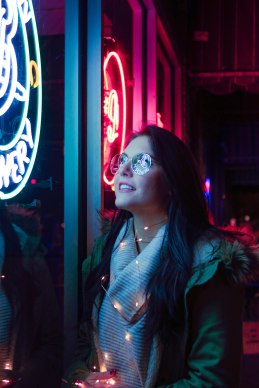 At this point, night photography was really new to me. I was still learning the correct camera settings, how to correctly light a subject at night and the editing process as a whole. These are some of the better night shot I’ve gotten – and the reflection off the glasses is killer. Now, at this point in the shoot, we had quite the walk back…Katie walked off and almost bumped into a strange man and further along the way she saw some cats playing in a store. It was a sad time for her…but we managed. 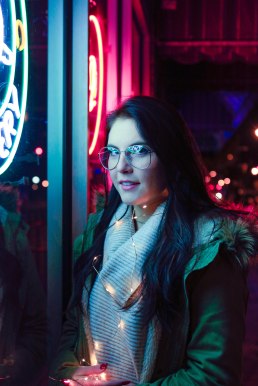 I have a secret… 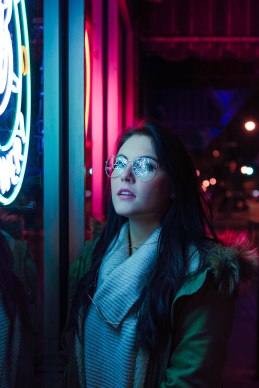 It’s funny how photography brings people together. I never would’ve met Katie if I hadn’t reached out to her asking to shoot. I often think about that – the opportunities I’ve squandered by not reaching out to people. It’s always a little nerve-wracking.

But the results are so worth it.