Lauren is a New York Jets fan. I’m a Patriots fan (yeah, you can stop following this now if ya want). When she revealed her favorite team, there happened to be a Jets fan walking by and the two commiserated in their misery. I laughed. 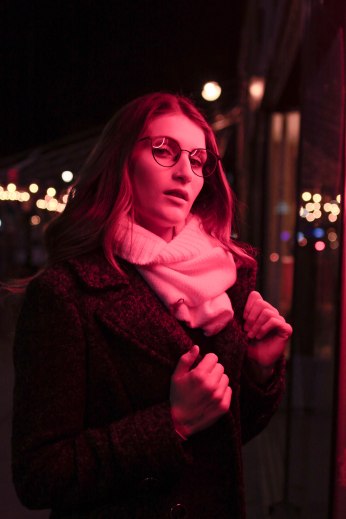 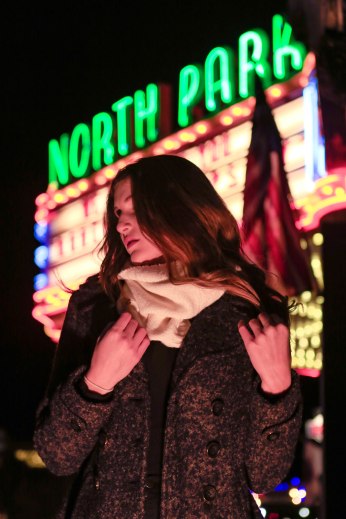 Here’s the thing I learned about night shoots. They’re cold. In November, they’re really really cold. This one happened later in the night and was unbelievably cold. Regardless, we had our fair share of run-ins with weirdos, the friendly worker at North Park Theatre, and police (probably Lauren’s fault). 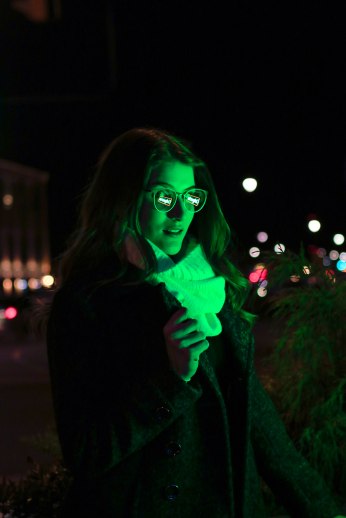 Envy in her eye. 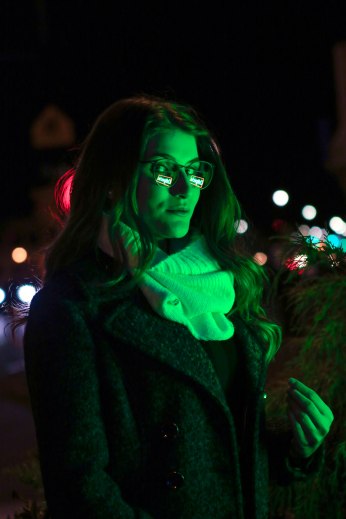 So this one green light that is shown in the above photos – unreal. I don’t know what drew me to it since I usually don’t like completely solid color lights, but something in my head said, “Dude, that’s sweet” and so, we  conquered. Fun stuff. 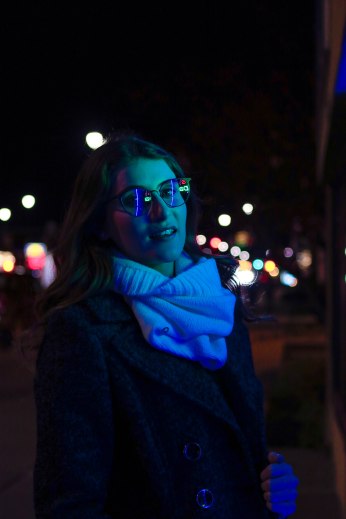 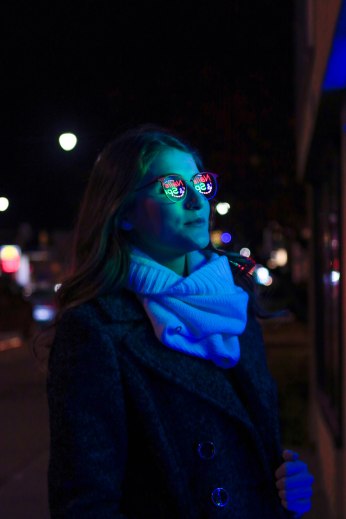 We found this bizarre looking gorilla head…that was a weird sentence to write but Hertel Avenue is kinda strange at night, I won’t lie! I need to see the street during the day and hopefully it won’t be as creepy. Anyways… 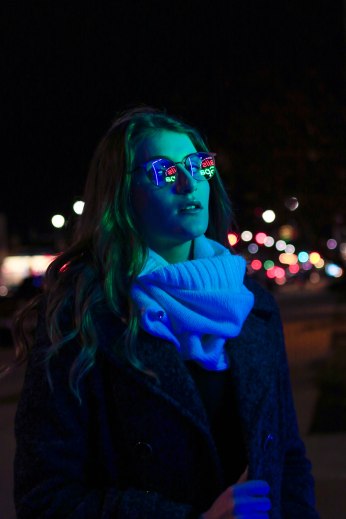 Got something to say? 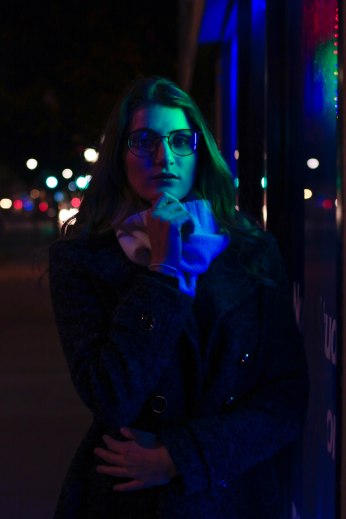 I need to explore more places in Buffalo that have neon signs – I really only know two places, Hertel and Elmwood Ave, so after finished freezing on Hertel, we scurried over to Elmwood for a quick second. A part of me thinks it’s fun to shoot in the same place multiple times because it challenges my creativity to capture shots that I didn’t do there last time. Sometimes it works, and other times, it’s fun seeing a similar shot. 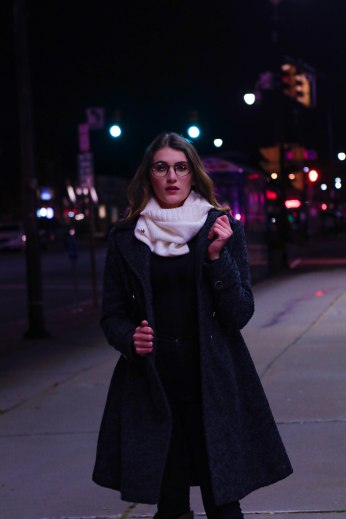 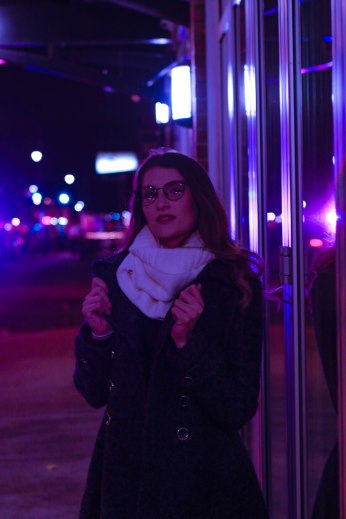 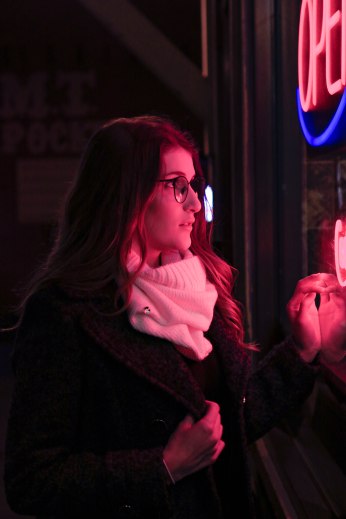 I don’t know if photography is something out of the ordinary for people sitting in restaurants or passerbys, bur nevertheless, some people always stare. These two women in a restaurant were watching it as we shot outside and one pulled her phone out to snap a picture of us shooting. We could do nothing but laugh. Maybe we look silly, who knows! Thoughts?? 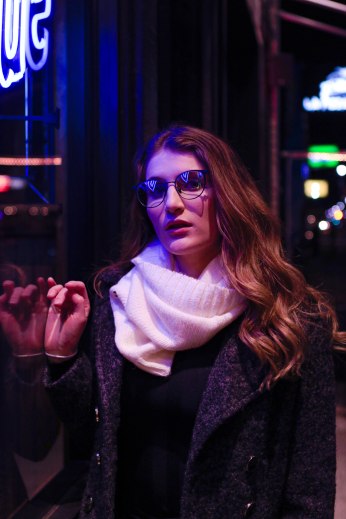 Here’s where she met the Jets fan. 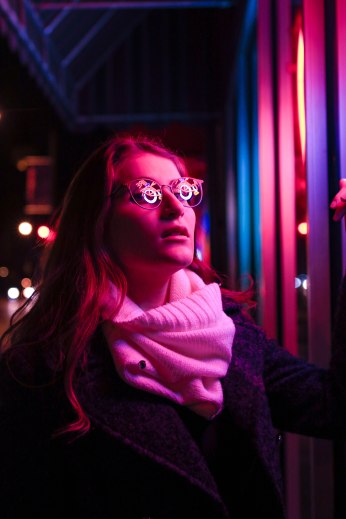 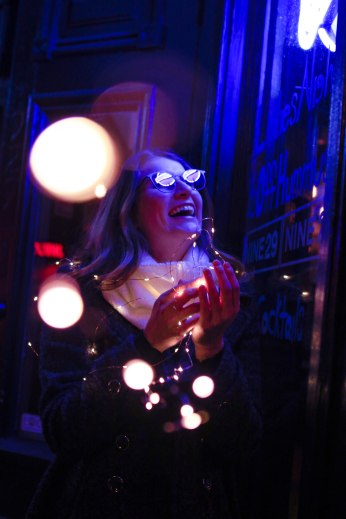 I make her laugh. 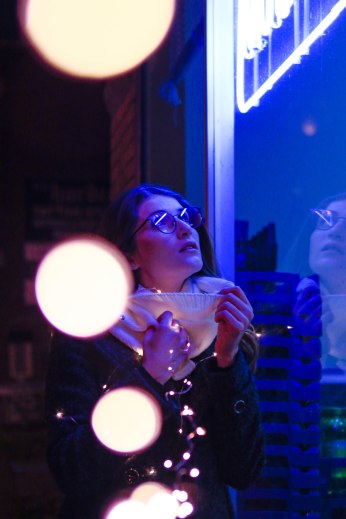 Since we liked shooting with each other so much, we a couple weeks later – and it was even better than the first. I can’t wait to show those shots! And by the way…

Next blog: We’re in real time for a bit. Boston.