My legs were dead after this.

But it was worth every step. This trek was 12.9 kilometers and the estimated time was roughly five and a half hours. I only had four and a half hours, so I embarked with speed. I didn’t realize how hard it would hit me in the end.

It was quiet nearly the entire time. I saw a few people in the first 40 minutes but soon enough, the only noise was the wind, birds chirping, and the occasional helicopter flying overhead. The trail snaked up the mountainside with incredible views of the surrounding range. The standout feature of this trail was the bridges. One in particular was insanely long and took me over two minutes to cross. It was also a long way to my death.

Lost in the rain-forest.

It was a very cool afternoon. Clouds obscured the sun and a light mist fell down on and off during the hike. I was only wearing shorts and a T-shirt because I was moving fast and carrying a 17 pound backpack. I only had one water bottle with me and it wasn’t very full at the start. Luckily, fresh water was abundant. No filter necessary. One little bug did manage to swim into my bottle but I dumped it out and refilled. There’s nothing like glacier water. It was cold and refreshing. 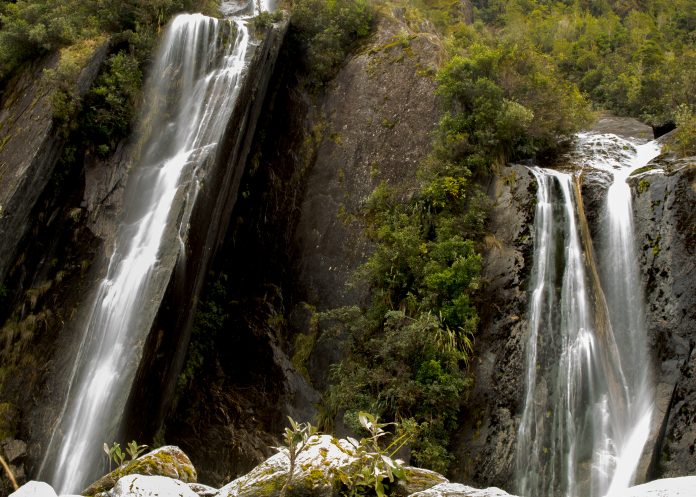 The rest is filled in my memories.

The spectacular sights of these New Zealand mountains. The feel of the brisk mountain air hitting my face. The sounds of wind blowing through the trees filled with chirping birds. The taste of icy mountain water on my tongue.

And the smell of pine trees as the elevation rose. 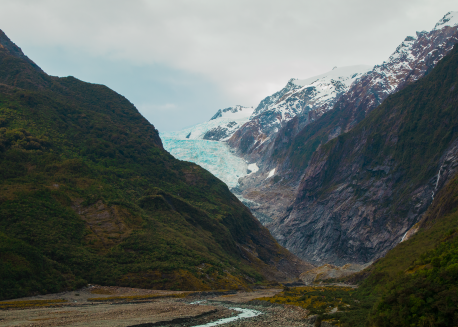 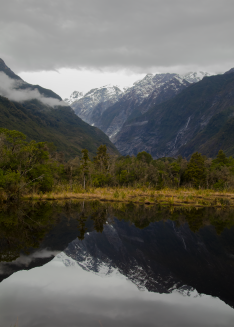