In the first 40 hours of my trip to Argentina, I slept for six bad hours. Five of them were on a plane and the other was cramped in a corner in an airport during a layover. I have never traveled for this long before and let me tell you, it wipes you out. When we finally arrived at our hotel, I crashed for a little under two hours until we began our travel in Cordoba.

The first day was mellow yet wild at the same time. We all went on a bus tour of the city and learned about some of the important landmarks the city has to offer. After this concluded, we walked around the city a little more before heading back to our hotel. Not too crazy of a day. However, I personally have never been anywhere where people do not speak English. It was a bit of a culture shock to me. I think I’ve always assumed that everyone knows a little English here and there, even if it is not too good.

The realization really came when six of us decided to go to dinner. We got directions from our advisor on where to go and we started walking but quickly got lost. We walked into several coffee shops, hoping they had dinner menus, but none did. Finally, after the third or fourth shop, I spotted some boys that seemed about our age. I went up to them and spoke to them in Spanish, explaining that we were trying to find a dinner place and that my Spanish was not very good to my surprise, they did speak a little bit of English and we were able to work out a dialogue using a form of Spanglish. After they helped us, we again tried to follow their directions but wound up lost yet again. We finally found a place but the owner spoke absolutely no English, so we tried our best at forming sentences and communicating to him what we wanted.

The next day, we visited the Catholic University of Cordoba and met some students for lunch. Most of them spoke English pretty well and we had some nice conversations. Nick and I held our first interview with a 20-year-old girl named Consuela “Coni” Pereyra Esquivel. She discussed her faith life in the Jesuit community and in her home life. She and her family practice Catholicism and she attends Mass every Sunday. When we asked her what her thoughts in Pope Francis were, she lit up and excitedly explained that she loved what Pope Francis was doing. She and her family were very excited to have an Argentinean and a Jesuit at the head of the Catholic Church. Coni explained that her faith life has been deepened since then and she is very blessed.

On the third day, we traveled about an hour and a half to a very remote school in Los Gigantes to a school called The Open Hand Foundation. Students of all ages live there from Monday to Friday, studying academics and Jesuit values. They are each given certain tasks for the day and all contribute to make sure that the school is running smoothly. I met a student (who, for the life of me, I can’t remember his name) and we talked for a bit. He didn’t speak any English and I tried my best to communicate with him. He has one brother, a passion for playing the guitar, and enjoys watching American football.

Nick and I were able to capture some stunning footage of the landscape. I have never seen anything like this in my entire life, and I stood out there in the freezing cold admiring the terrain. At one point during the day, it actually started snowing! The wind was extremely high, making a cold experience even colder. After waiting in a coffee shop for new transportation because our bus did not start, we returned back to the hotel and held an interview with Father Marcos, a Jesuit priest who helps run the school. He gave us some important insights into his experience as a Jesuit and how Pope Francis has affected the Jesuit mission in Argentina. He admires the pope and uses his service as a role model for how to life his life. “If the Pope is going to serve the poor, then I must serve the poor.” He discussed how the school is trying to build leaders of all sorts, and hopes that his students take this into the real world. 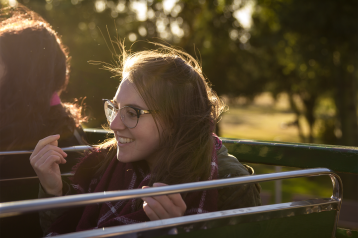 On top of it all!! Who's coming with me next year?!
Getting back to Tahoe is a must. The trees at @skiheavenly are all-time!
I told the snowboarder in the second pic that I was the best snowboarder on the mountain and he agreed. Good for 500 extra GNAR points. If you know, you know. Good times!
Absolutely beautiful days in Tahoe at @skiheavenly.
Brighton this past week was a smashing success w/ @abbylaskey
From lake life to desert dog. This was such a cool view!
Gotta love Tetons. Absolutely majestic landscapes!
Incoming Tahoe overload!! 😁⛷🏂