Who else would be crazy enough to shoot in a storm like this? Kaila. Because of course.

It helps being super close and having two creative minds work together. Shoots with Kaila equals an afternoon (or morning) of stories, laughs, giddy craziness, pure elation, laughs, pesky girl-mocking, general weirdness, specific weirdness, laughs, and sore abs from laughing. Oh, and plenty of ridiculous lifestyle photos, serious portraits, beautifully constructed smiles, absurd faces, and shots of a lifetime. But that shot is for next blog. Stay tuned, friends.

I just can’t with that smile. 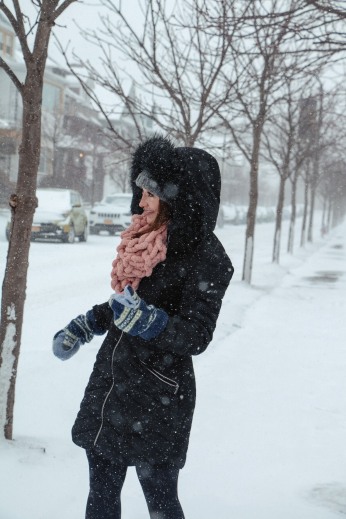 Look at her face!

We met right outside Canisius College along the street where I live. I’ve always wanted to use this long strip of sidewalk flanked by trees and I finally got to utilize it during the middle of a snowstorm. Kaila was more than happy to shoot here, and I think her emotions show through the photos. No truck in the background could ever ruin this! 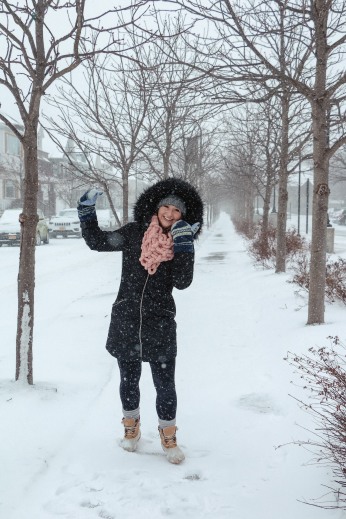 This snowstorm is a real doozie. We’re getting dumped on and expected to reach 24 inches in some areas. I don’t know how much will be around Canisius College, but it’s the perfect amount of snow to create a beautiful winter wonderland. We didn’t want to drive anywhere, understandably, so walking around was our only option. I feel like we made the most of our opportunities. When Kaila and I are together, we are a bundle of joy. Seriously. Like, if you’re having a bad day, call Kaila and I and we will put you in a better mood. 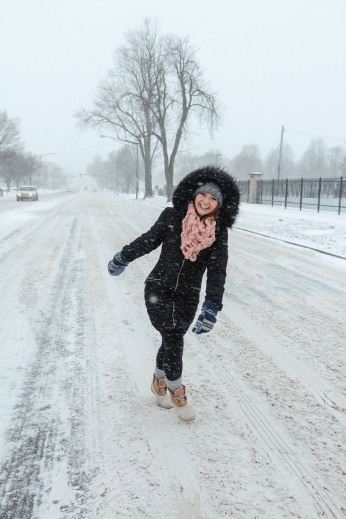 All these drivers think we’re weird.

Gosh, I don’t know what it is about snow but it makes the world so much more beautiful. I’ve been waiting for a storm for practically the whole winter. I honestly feel bad for anyone who I’ve complained to about the lack of snow in Buffalo and Boston. As far as I can recall, I’ve only ever done two shoots with snow falling, one way back in 2017 and one somewhat recently in 2018. Here we are, probably 23 months to the date of that first shoot and it’s cool to see the progression! And of course, the addition of Kaila makes these even better. 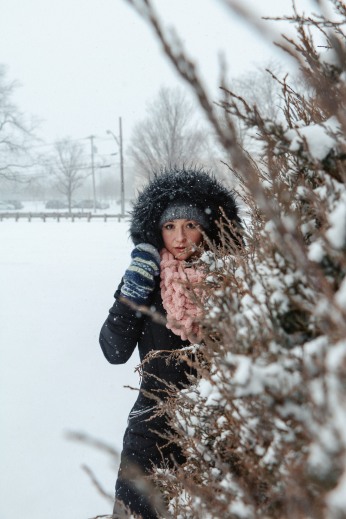 Now, here’s where things got weird. We were probably 20 minutes, maybe half an hour into this shoot and we brought out the caddy-girl voice. You know the one I’m talking about. I don’t know why it always comes to that with us but we eventually start talking with these ridiculous voices and end up keeled over laughing. It’s seriously too good and one of the best parts of shoots with her!

So, we kind of took part in this “ugly location” challenge subconsciously I think. I personally love to shoot among nature, so anywhere with buildings and man-made objects I typically find ugly. This little stairwell proved to be rather ugly and Kaila had the idea to shoot down there. I didn’t tell her I wasn’t super thrilled about it (and she’s reading this and just finding this out, so yeah…) but I figured, ah what the heck, let’s do it!

And of course, the reverse side. This was a bit quirker, a bit cuter, a bit weirder. But that’s exactly what Kaila and I do day after day!

Aren’t these boots the best?

I don’t know how we go from this, above, to this, below. Like, who do you know that looks so perfect as a model but also so goofy as a person? I honestly can’t think of a single person.

Kaila is my favorite. 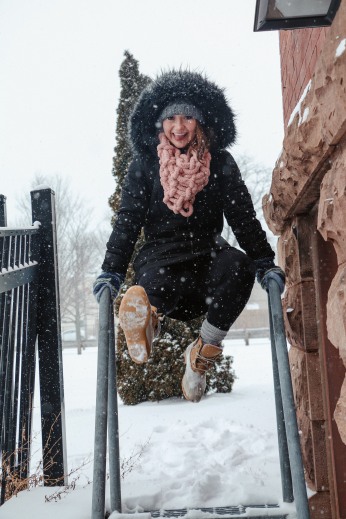 These Buffalo streets are honestly so beautiful when they’re covered in snow. Barely anyone was out driving so Kaila and I shot in the middle of a couple streets. It was honestly a scene out of a movie. It was quiet except for the occasional passing car and us yabbering back and forth, but if we were silent, you would’ve been able to hear the snow gently falling to the ground. Such a few beautiful moments. 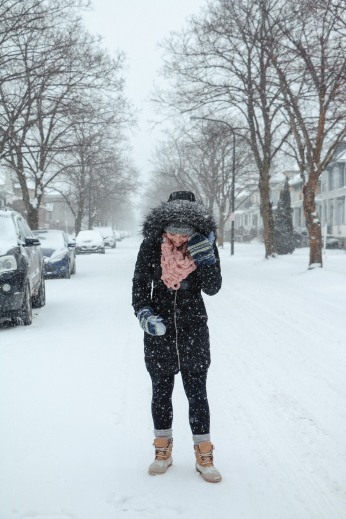 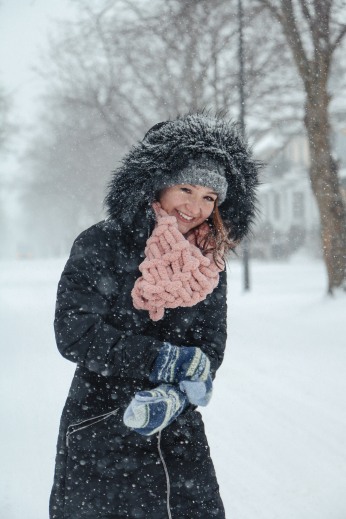 This snow is lovely!

I never mentioned this earlier, but now seems like the time to do it. It was cold. It was actually really cold. Maybe like 14 degrees outside? Not exactly pleasant weather but weather nonetheless. My camera was freezing up a little, understandably, so I walked around with it inside my coat like a little baby. But see, weather is generally the kind of thing that would deter people from shooting. I fully believe that even in a torrential downpour, Kaila and I would still shoot as long as I had an umbrella for my camera. That’s a bucket list shoot, actually. It’s happening Kaila! Downtown Buffalo, let’s do it. 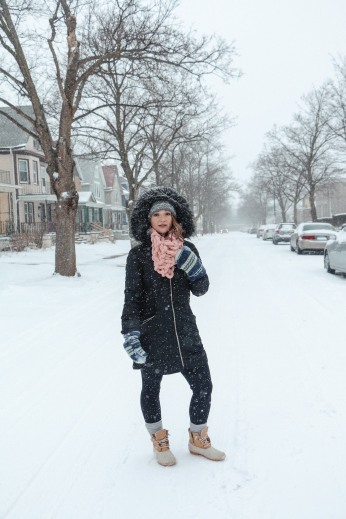 We took so many pictures, I have to keep posting them because they’re so good. But that’s what you’re here for anyways, right?

After this we headed inside and I must say, her basement and house is an absolute treasure trove of unbelievable hidden gems. That’ll be for a different blog. And get ready for that one. I captured one of the best shots of my career in her basement.

Next blog: Another snowy adventure with two new faces.

One thought on “The First Storm”